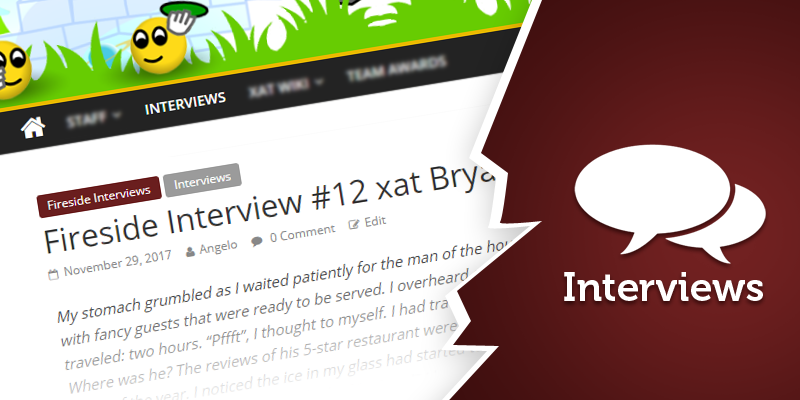 My stomach grumbled as I waited patiently for the man of the hour to arrive. The dining room was teeming with fancy guests that were ready to be served. I overheard one couple bragging about how long they had traveled: two hours. “Pffft”, I thought to myself. I had traveled thirteen and a half hours just to meet this guy. Where was he? The reviews of his 5-star restaurant were splendid, but it seemed as if tonight was the busiest night of the year. I noticed the ice in my glass had started to melt – not a good sign! How long had I been waiting? How many celebrity deaths had I missed? I knew I couldn’t just leave; everyone was counting on me to complete this interview. Just as I considered calling him for the fourth time that night, in he burst. Designer sunglasses, long flowing hair, and a plate of sushi rolls to eat while I questioned him.

Hey Bryan, try to answer these as honestly and completely as possible. Don’t be afraid to speak your mind.

What is your real name, where are you from, and how old are you?

My name is Bryan Alexandre Marceau. I’m originally from France, but I live in the United States and I’m 25 years old.

How many languages do you speak?

I speak English, French, Arabic, some Tagalog, Ilocano (those are my mom’s languages) and some Spanish, shoutout to having a Mexican girlfriend lol.

Are you a student? Do you work? What are your plans for the future?

I’m not a student, but I work as a chef. I don’t really have much plans for the future, I’m living a good life, the only thing I’d want to happen is to have my family besides me and not overseas, things get tough sometimes haha.

When did you join xat? How did you discover it?

I joined xat in 2009 and I came across it on a random website.

Have you met anyone from xat in real life?

Yes, I have! I’ve met Mony (my girlfriend) and we’ve been together for 6 years (in December)!

You’re an owner and former main of Trade, right? How long have you been contributing to Trade?

Around 7 years or so, it’s been a hot minute!

My favorite power(s) would be clear, angry and Namecolor. Least favorite power, hmm there’s so many, but Stoneage will definitely win this one!

How long have you been a reseller? What made you want to be one?

I started reselling in 2014, I made it on the list in 2016. One day I came online wanting to cash out and quit the website, when someone offered me 1,000$ for an amount of xats I had, I was kinda shocked that it’s actually worth that much, mind you this was all profit, so I said sure why not! Once I sold the xats and got my $1,000 I was like oh hell no, I’m not quitting now. I’mma start doing this, I found it fun haha. And a little extra cash doesn’t hurt anyone.

What do you think about your “competitors”, Mario, Vipak, etc.?

I don’t find them as a competition at all, each person has a set of their own customers. And I have nothing but love for everyone.

What do you think about the current state of xat?

xat has died down. People take it very seriously and care about ranks more than caring about each other. But on the bright side, I’ve met many people that I learned to love and enjoy being around, and most importantly, I met the love of my life. xat will always be a part of my life

What do you expect from HTML5 xat chats?

I’m not expecting much, to be honest. I don’t think things will really change, not until the ticket system is fixed and people don’t have to wait months for replies on their tickets, but I would sure hope it will make a big impact on xat since things aren’t looking very bright for the website. I love xat and what it offers, I hope one day it revives, but I don’t really see that happening.

What do you think about the current state of official chats as a whole? What about the state of Trade?

Official chats are dead, boring, no one really attends them anymore, it’s quite sad to see. xat back then used to be so much fun, even trading and profiting, now people have lessened, and even if there are people on a chat, no one is talking. Trade also changed drastically over the years, and not for the better.

Who do you thank for helping you in your early years of xat on Trade?

I would like to thank Christina for giving me a chance to be a part of Trade and trusting me, and I would also like to thank Brandon, he’s always been there for me.

How has Trade changed over the years?

Trade used to be a fun place, whether it being for hanging out or profiting out of new powers. People would wait with excitement for new powers to be released, because it used to be once a month,  now it’s weekly, with LESS people, so basically people just buy the new power to maintain their everypower, nothing else. The price drops the same day it releases, it’s insane. No one enjoys it anymore.

Other than Trade, do you have any favorite chats that you like to attend?

Trade and Help are the only two chats I attend.

What is your opinion on ticket delays? Users are having to wait months to have their account unheld, or to hear back about their scam report.

Delays are a bit outrageous, there are people that came back to xat to try to regain access to their account only for them to wait 3 months or so for a reply on their ticket, and because it took so long, they just end up giving up and leaving again. This is how we are losing people. I just wish there was a faster and more efficient way to resolve this issue. But of course Volunteers are not robots either, they’re doing the best they can, so I respect that.

What do you think xat could do differently to try to rectify some of these delays?

Maybe add a few more volunteers to those specific departments to help speed up the process a little bit. I understand that volunteers are also human, and they have their own life and obligations to take care of, that’s why it would be nice if more volunteers handled more of those busy departments so they can all help and support each other to benefit xat and it’s users.

What is your opinion on certain volunteers not being listed on the “Volunteers Hall of Fame”? Source: xat.wiki/Thx

Honestly, there are probably reasons behind that so I can’t judge without knowing the full story. You never know what happens behind closed doors, but I do think if a certain ex-volunteer made a huge impact or a beneficial change to xat, they deserve to be acknowledged for their contributions.

What is your opinion on Ruby causing the xat economy to crash? Could IDs or Shortnames have to do with this? How were you affected as a reseller?

As much as I want to say I hate Ruby for crashing trade’s economy, I can’t, because as a reseller Ruby was really beneficial towards my business, I made so much profit out of that power, therefore I do love it, but I also hate it, since xat went downhill afterwards.

What is your opinion on Black Friday 2017? Were you expecting more? Less?

Oh, we had a Black Friday?…

Is there anything you’d like to say before we conclude this interview?

Well, I really hope xat stays alive and brings more people in, everyone misses the old days, hopefully one day we can get a taste of those days again. 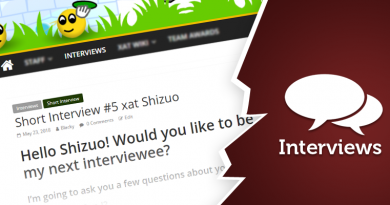 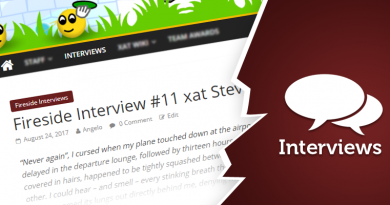 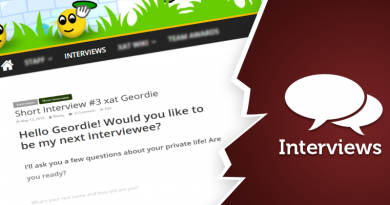